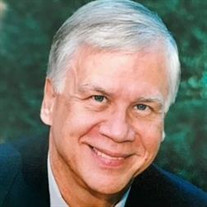 Dateline: Godfrey William E. Kolkmeyer William (Bill) Kolkmeyer, 71, passed away on Thursday, December 31, 2020 at 9:00 a.m. at his home in Godfrey, Illinois. He was born August 27, 1949 in Alton, the youngest of three children of Otto and Edith (Hack) Kolkmeyer. He attended Alton High School and graduated in the class of 1967; he then went on to SIUE where he received his BS degree in Business and Accounting in 1972. Bill had three children from a previous marriage: Lisa Kolkmeyer, in Jerseyville, Julie (Kevin) Conley, in Chicago, and Kevin (Jessica) Kolkmeyer, in Dow. He had one grandchild, Cadence, who was the light of his life. In 2007 he met Maureen (Rena) Zwilling and they married on October 12 in the garden at 12th Street Presbyterian Church. She has one son, Nicholas (Jacqueline) Beckworth from a previous marriage who resides in Maine. Bill is survived by his wife Rena, his children, his sister Jean Rathgeb of Godfrey, and his brother Robert (Willa) of Carbondale. As a CPA, Bill began his work career for Madison County as Director of Financial Services and then went to Scheffel & Company. In 1980 he moved to Jersey State Bank where he ultimately became the President & CEO. Upon leaving the bank he became the Director of Finance for Riverbend Headstart and Family Services for ten years until his retirement in 2016. Although he was always interested in aviation Bill never took flying lessons; however, he enjoyed his trips to the EAA Fly Ins in Oshgosh and maintained his membership in that organization throughout his life. He enjoyed travel and he and his wife took advantage of their time to make a number of trips. They were also members of the local Emergency Medical Corps. One of Bill’s special hobbies was writing poetry commemorating special events in family members lives’. These writings displayed his very tongue-in-cheek type of humor and were treasured by the recipients. A celebration of his life for family and friends will be held on Friday, January 8, 2021 at 1:00 p.m. at Gent Funeral Home. In lieu of flowers memorials may be made to the Salvation Army. Private burial will be at Alton City Cemetery. Online guestbook and information may be found at www.gentfuneralhome.com.

Dateline: Godfrey William E. Kolkmeyer William (Bill) Kolkmeyer, 71, passed away on Thursday, December 31, 2020 at 9:00 a.m. at his home in Godfrey, Illinois. He was born August 27, 1949 in Alton, the youngest of three children of Otto and... View Obituary & Service Information

The family of William E. Kolkmeyer created this Life Tributes page to make it easy to share your memories.

Send flowers to the Kolkmeyer family.