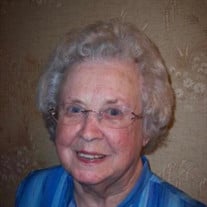 Dateline: Godfrey, IL Tommye J. Walter, 95, died at 3:08 a.m. on Thursday, October 21, 2021 at Cedarhurst of Godfrey. She was born November 10, 1925 in Stanton, Alabama the daughter of the late Preston Herbert and Eula Grey (Sample) Milling. She was a member of the Evangelical United Church of Christ in Godfrey. Tommye Walter bucked the system. Despite being born in a very small coal mining town in Alabama, she knew at a very early age she wanted to do and be more than what was expected of women of that era. She wanted to attend college and she wanted to travel. She entered college in her 40’s, ultimately graduating with a Masters in both mass communication and speech communication. She went on to work in various capacities at SIUE ultimately retiring in 1995 as Coordinator of Public information. She was published over 12,000 times during her lifetime. Someone once asked where she got her story ideas. She replied, “There is a story worth telling in every single human being.” She was also able to accomplish her dreams of travelling. Tommye and her husband, Bill, travelled extensively. She eventually was able to visit 41 countries. On July 9, 1954 in Meridian, Mississippi she married William “Bill” Walter and he preceded her in death on May 14, 1994. Surviving are two sons; William M. “Mike” Walter (Robin) of Galena, IL and Thomas Walter of Godfrey, two grandchildren; Erika Drummond (Rob) of Solsberry, IN. Stephen Owens (Nikki) of Troy, IL, five great grandchildren; Andrew Drummond, Emilie Drummond, Destiny Shea, Nolan Owens and Layla Owens and one son in law; John Owens of Troy, IL. Besides her husband she is preceded in death by one daughter: Sheryl Lynn Owens on May 26, 2021. Visitation will be from 4:00 p.m. – 7:00 p.m. on Wednesday, October 27, 2021 at Gent Funeral Home in Alton. Funeral services will be Thursday, October 28, 2021 at 10:00 a.m. at the Evangelical United Church of Christ in Godfrey, IL. Burial will be at Valhalla Memorial Park in Godfrey. The family would like to thank the staff at Cedarhurst of Godfrey and Vitas Hospice for their loving care during her time with them. Memorials may be made to the Evangelical United Church of Christ, the Dubuque Arboretum in Iowa or the American Cancer Society. Additional information and online guest book may be found at www.gentfuneralhome.com

The family of Tommye J. Walter created this Life Tributes page to make it easy to share your memories.

Send flowers to the Walter family.