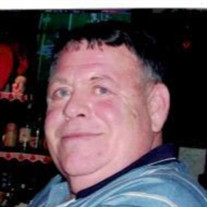 Dateline: Delhi Stephan Gordon Bechtold, 70, died at 9:16 p.m. Thursday, July 9, 2020 at his home in Delhi. Born September 14, 1949 in Alton, he was the son of Laura (Wunderlich) Bechtold of Godfrey and the late Elmer J. Bechtold. He retired from the U.S. Navy and as a machinist for the Olin Corporation. He was a member of the St. Michael’s Catholic Church in Beltress as well as the VFW Post 1308, the Machinist Union Local 660 and was a 4thDegree with the Godfrey Knights of Columbus. On January 23, 1971 he married the former Sandra Faye Blaine at St. Michael’s Catholic Church in Beltrees. She survives. Along with his mother and wife he is survived by a daughter, Michelle Johnson (Bobby) of Flemington, MO, a son, Sgt. 1stClass Mathew Bechtold of Fife, WA and a “nother one son” Sgt. 1stClass retired Eric Angle of Tacoma, WA, four grandchildren, Stephan Johnson (Amber), Garrett Johnson (Hayley), David Johnson, and Samuel Bechtold, six great grandchildren, Naomi, Gage, Peyton, Rayven, Keeley and Shelton. He is also survived by two brothers, Mark Bechtold (Karen) of Godfrey and Michael Bechtold (Susan) of Godfrey, a sister, Marcia Wheeler (Pat) of Godfrey, his mother-in-law, Inez Blaine of Pocahontas, Arkansas, and two sisters-in-law, Gail Walls (Steve) of Mulberry Grove, IL and Brenda White (Dave) of Pocahontas, Arkansas and many loving nieces and nephews and close military friends that became extended family. Along with his father, he was preceded in death by two brothers, David and Timothy Bechtold. Graveside services will be at 10:00 a.m. Wednesday, July 15, 2020 at St. Michael’s Cemetery in Beltrees, IL with full military honors by the VFW Post 1308. Father Steven Janoski will officiate. Memorials may be made to the VFW Post 1308 Ritual Team or The Godfrey Knights of Columbus. Gent Funeral Home in Alton is in charge of arrangements. Online guestbook and information may be found at www.gentfuneralhome.com

Dateline: Delhi Stephan Gordon Bechtold, 70, died at 9:16 p.m. Thursday, July 9, 2020 at his home in Delhi. Born September 14, 1949 in Alton, he was the son of Laura (Wunderlich) Bechtold of Godfrey and the late Elmer J. Bechtold. He retired... View Obituary & Service Information

The family of Stephan Gordon Bechtold created this Life Tributes page to make it easy to share your memories.

Send flowers to the Bechtold family.