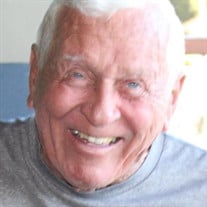 Dateline: Alton Stanley Evan McAfoos, 78, died at 3:18 p.m. Sunday, July 12, 2020 at Alton Memorial Hospital. Born May 15, 1942 in Alton, he was the son of Herbert Morgan and Lucile (Cole) McAfoos. Stan began his career with the Alton School District teaching physical education and later became the head basketball and tennis coach, retiring as the Athletic Director. After retirement from Alton High School he coached tennis at Lewis & Clark Community College. He then operated The Painted Table Antique Store in downtown Alton. He especially loved solitary activities, like refinishing furniture so he could have a beer, BBQ and listen to the Cardinals. He was a member of Main Street United Methodist Church in Alton. On August 21, 1965 he married the former Edith Millicent Morgan in New Orleans. She survives. Also surviving are two daughters, Marcy Bosoluke of Folly Beach, SC, and Meme Evans (Tim) of Alton, a son, Morgan McAfoos (Tina) of Nixa, MO, five grandchildren, Annie, Maggie and Jack Evans, Evan Bosoluke and Mason McAfoos. He is also survived by two brothers, Dwight McAfoos of Alton and Wendel McAfoos of Alton, three sisters, Denise Turner of Bunker Hill, Sue LaMarsh of Grand Junction, CO, and Lauren Miller of Godfrey. Along with his parents, he was preceded in death by a son-in-law, Scott Bosoluke, and three brothers, Oliver, William and Alan McAfoos. A drive thru visitation will be from 5:00-7:00 p.m. Thursday, July 16, 2020 at Gent Funeral Home in Alton. Please enter through the south entrance off Rozier Street. A memorial service will be held at 10:00 a.m. Friday, July 17, 2020 at the Asbury Village Pavilion in Godfrey. Some seating is provided but feel free to bring a lawn chair. Memorials may be made to Main Street United Methodist Church in Alton. Online guestbook and information may be found at www.gentfuneralhome.com

The family of Stanley Evan McAfoos created this Life Tributes page to make it easy to share your memories.

Send flowers to the McAfoos family.