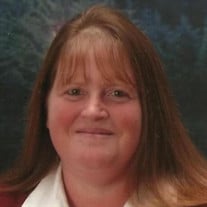 Dateline: Godfrey Shannon M. Boyd, 50, died Monday, January 17, 2022 at Alton Memorial Hospital. Born October 25, 1971 in Sheridan, CO, she was the daughter of Diane (Marti) Boyd of Pontoon Beach and the late John Boyd. Along with her mother, she is survived by her husband, David A. Roberts, a son, Matthew E. Roberts of Godfrey, a daughter, Alexis M. Roberts of Godfrey. She is also survived by her brother and sister-in-law, James and Jennifer Boyd, niece, Zoey and nephew, Zachary of Denver, CO, her brother and sister-in-law, Gary and Melissa Boyd, niece, Elizabeth, and nephew, Kory of St. Louis, MO, sister-in-law, Nancy Roberts of Godfrey, sister-in-law, Cindy Pingel, and nephews, Eric and Kevin McRoberts of Granite City, and her mother-in-law, Carol Roberts of Arnold, MO. In addition to her father, she was preceded in death by her father-in-law, Lonzo Roberts and her mother-in-law, Shirley Roberts. For Shannon though, family reached even further. She was best friend and sister to Chanelle Brooks, and aunt and second mother to her “adopted” nephews and niece, Jeremy Paiva, Nathan Paiva and Ashley Brooks. She was a cousin, an aunt, a great-aunt, and a friend to so many. She was a speech pathologist for East Elementary School in Alton and very active with autism awareness programs as well as in her community. Shannon had a huge heart and worked with and helped so many children and families and touched the lives of so many more in her community and beyond. She was a beacon of light to all who knew her. Visitation will be from 4:00-8:00 p.m. Tuesday, January 25, 2022 at Gent Funeral Home in Alton where funeral services will be at 10:00 a.m. Wednesday, January 26, 2022. Reverend Jerry MeCaskey will officiate. Burial will be at Valhalla Memorial Park in Godfrey. In lieu of flowers, memorials may be made to Autism Speaks. Online guestbook and information may be found at www.gentfuneralhome.com

The family of Shannon M. Boyd created this Life Tributes page to make it easy to share your memories.

Send flowers to the Boyd family.