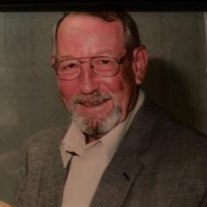 Dateline: Godfrey Robert L. Von Hatten Robert L. (Bob) Von Hatten was born August 20, 1946 in St. Louis, Missouri and passed away peacefully September 12, 2020. Bob’s family moved to Breese, Illinois and then moved to Alton, Illinois in 1960. Bob’s brother, William F. Von Hatten (Bill) and his “big” bother Bob were best friends growing up. As young men they used to hitch hike from the flour mill in downtown Alton to Lockhaven Country club so that at the ripe old ages of 12 and 13 they could make $6.00 for the day as caddies. They both fell in love with golf at that time. After high school in 1966, Bob enlisted in the United States Airforce and was stationed in Colorado Springs, Colorado. Bob was a member of the United States Air Force Golf Team and played on the military academy golf course. Returning to Alton, Bob secured a position with Lockhaven Country Club in 1970 through 1975 and also worked as first assistant and instructor through 1976 at Glen Haven Driving Range. In March 1977 until he retired at the end of 2009, Bob was the General Manager and Director of Golf at Rolling Hills Golf Club located in Godfrey, Illinois. Bob was extremely instrumental in the 1992 expansion of Rolling Hills from a nine-hole golf course with few amenities to the eighteen-hole course with a practice range and beautiful club house. In 1998 a nine-hole executive course was added. In 2005 Bob was inducted into the Alton Golf Hall of Fame. When visiting Bob, no matter where the brothers went, it seemed that every person in town knew Bob. That included the Catholic Bishop at the time. Wow was he popular! In 1989, Bob married his beloved wife, Linda (Ballhurst) Von Hatten who preceded him in death in 2018. His loving daughter Nicola K. (Nikki) Ballhurst and her partner Steve Mead were constant companions of Bob’s, devoted to his care and comfort for the last two years of his life. In addition to his wife, Bob is preceded in death by his parents Frank and Catherine (Tebbe) Von Hatten. He is survived by his brother William (Bill) Von Hatten and wife Laura in Phoenix, Arizona, his daughter Nicola (Nikki) Ballhurst and partner Steve Mead in Godfrey, Illinois, his dear Aunt Beatrice (Bea) Tebbe in St. Rose, Illinois and many cousins. Bob was a kind and loving soul, a wonderful husband, brother, father and friend. He will be dearly missed. Honoring Bob’s request a service will not be held. Memorial donations may be made to St Jude Children’s Research Hospital. Gent Funeral Home in Alton is in charge of arrangements. Online guestbook and information may be found at www.gentfuneralhome.com

The family of Robert Von Hatten created this Life Tributes page to make it easy to share your memories.