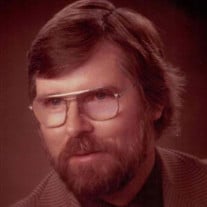 Dateline: Alton Robert “Bob” Richard Middleton, 85, died at 10:15 p.m. Tuesday, May 25, 2021 at Missouri Baptist Hospital in St. Louis, MO. Born December 9, 1935 in Alton, IL, he was the son of the late Charles and Glenna (Brown) Middleton. Mr. Middleton served in the U.S. Army in France during the Korean War era. He retired as a tank foreman for Owens Illinois Glass and was Vice President of the GBBA for many years and was a member of the Bethalto Church of God. On March 6, 1958 he married the former Mary Bryant in Alton. She survives. Also surviving are six children, Gary Trappy (Mimi) of Stuart, FL, Steve Trappey (Debra) of Alton, Conya Cowan (Tim) of Alton, Sandi Middleton (Frank Bock Jr.) of Alton, Stacey Middleton (James McKeon) of Jensen Beach, FL, and Melanie O’Neal (Brian) of Alton, 10 grandchildren, Cristen Easton (Chris), Chris Trappy, Brian Trappy (Katie), Justin Voyes, Nathan Evans (Monique Melanson), Ian Cloninger, T.J. Cowan, Jane Cowan, Amber Hatten (Jonny) and Andrew Middleton and 11 great grandchildren. He was preceded in death by one grandson, Nicholas Middleton and his stepparents, Pauline Middleton and Roy and Mabel Purcell. Per his request he will be cremated. A memorial service will be held at the Bethalto Church of God in Bethalto, IL on Saturday, July 10, 2021 at 2:00 p.m. Memorials may be made to the local charity of one’s choice. Gent Funeral Home in Alton is in charge of arrangements. Online guestbook and information may be found at www.gentfuneralhome.com

The family of Robert "Bob" Richard Middleton created this Life Tributes page to make it easy to share your memories.

Send flowers to the Middleton family.