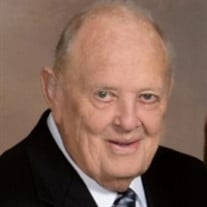 Dateline: Godfrey Richard Thomas Drury, Lt Col, retired, 89, passed away at 9:15 a.m. Friday, November 19, 2021 at Alton Memorial Rehabilitation Center. Born April 8, 1932 in Gillespie, IL, he was the son of Roy and Regina (Finnegan) Drury. He served in the U.S. Air Force during the Vietnam War and retired as Lieutenant Colonel of the Air Force after 25 years of service. He was a member of St. Ambrose Catholic Church in Godfrey. On March 30, 1956 he married Lorraine DeHaan. She preceded him in death on April 5, 2004. He then married the former Frances A. (Lonzerotti) Pierantoni on September 4, 2006 in Houston, TX. She survives. Also surviving are his children, Richard M. Drury (Doylene) of Swansea, IL, Cynthia J. Mikulik (Kevin) of Wall, TX, Brian L. Drury (Gloria) of Seabrook, TX, Robert C. Drury (Monica) of San Antonio, TX, and Daniel A. Drury (Melissa) of Abilene, TX, 11 grandchildren and numerous great grandchildren and his brother, Leroy Drury of Houston, TX. He is also survived by Fran’s children, Susan Breheny (Kevin) of Forsyth, IL, Karen Moore (Brian) of Godfrey, and Michael Pierantoni (Michelle) of Decatur, IL, 10 grandchildren and 11 great grandchildren. Along with his parents and first wife, he was preceded in death by a granddaughter, Kelly Burkhart. A memorial Mass will be held at 10:00 a.m. Saturday, November 27, 2021 at St Ambrose Catholic Church in Godfrey. Father Steven Janoski will officiate. Private burial will be at Holy Cross Cemetery in Gillespie, IL. Memorials may be made to St. Ambrose Catholic Church or St. Jude Children’s Research Hospital. Gent Funeral Home in Alton is in charge of arrangements. Online guestbook and information may be found at www.gentfuneralhome.com

The family of Richard Thomas Drury created this Life Tributes page to make it easy to share your memories.

Send flowers to the Drury family.