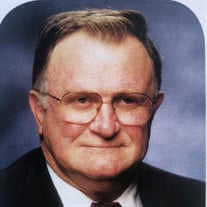 Dateline: Godfrey, IL Philip Dale Robbins, 79, of Godfrey, Illinois passed away on Tuesday, November 3rd, 2020. He was born in a tar paper shack to tenant farmers in abject poverty in the farms fields of Illinois on November 27th 1940. His life in education began as a student in a rural, one room school house in Macoupin County near Carlinville, Illinois. Philip graduated from Carlinville High School in 1958, Blackburn College with degree in mathematics in 1964, and earned a master’s degree from Southern Illinois University of Edwardsville in 1971. Philip’s first job out of college in 1963 was as a mathematics instructor at Western Military Academy which was located in Alton, Illinois. He also served as Athletic Director and was coach of swimming, cross country, and drama at Western. Captain Robbins worked at Western until it closed in 1971. In August of 2020 at the 50th anniversary of the last class at Western, the Western Military Student cadets awarded him honorary promotion to Colonel. After Western closed, he was hired by Alton School District in 1971 as a mathematics teacher. He served as Dean of Students, Department Chairperson, Division Chairperson, Vice Principal and retired in 2002 as Principal of Alton High School after a 39 year career in education and administration. He also served as Chief Negotiator for the Alton Education Association for more than a decade working to improve the pay and working conditions for teachers. After retirement from Alton Community School District, Phil was elected by the Alton community to serve as a member of the Board of Education for 4 years and was the Madison county Retired Teachers President. He was also elected by the teachers in the State of Illinois to serve as Treasurer, Vice President and President of the Illinois Retired Teachers Association. Philip was a lifetime member of Illinois Education Association and the National Education Association. He was member and President of Godfrey Lions Club and Elder and President of the Consistory of Evangelical United Church of Christ. In addition to his day job as an educator, he was an entrepreneur starting The Gables restaurant in Grafton, Illinois with 2 other teachers and their families from 1987 to 1993 when it was closed due to the great flood. He also worked independently caneing, rushing, and upholstering furnishings in his basement for decades. Philip was married to Carolyn Briscoe on June 10th, 1970 in Sharon Hill, Pennsylvania and they celebrated their 50th wedding anniversary this year. They are parents to Jennifer (Steven) Winson, and Jonathan (Stephani Forsee) Robbins. They have five grandchildren: Brian Pruitt, Lauren Pruitt, Olivia Robbins, Nathan Robbins, and Jaclyn Robbins and two step grandchildren Jessica Winson and Jacob Winson. He has one sister Julia Walden of Hettick, Illinois and extended family. Philip loved being with his children, grandchildren and family, playing cards, gardening, and meeting with friends. He is loved and will be missed by all. Philip’s funeral will be held on Sunday, November 8th 2020 at Gent’s Funeral home from 4-6 pm where drive up viewing for COVID 19 will allow safe viewing. Condolences, memories, and favorite stories about Phil are requested so we can share with his children and grandchildren at www.gentfuneralhome.com. Memorials can be made to the Illinois Retired Teachers Association Scholarship Fund or Evangelical United Church of Christ. Gent Funeral Home is in charge of arrangements.

Dateline: Godfrey, IL Philip Dale Robbins, 79, of Godfrey, Illinois passed away on Tuesday, November 3rd, 2020. He was born in a tar paper shack to tenant farmers in abject poverty in the farms fields of Illinois on November 27th 1940. His... View Obituary & Service Information

The family of Philip D. Robbins created this Life Tributes page to make it easy to share your memories.

Send flowers to the Robbins family.