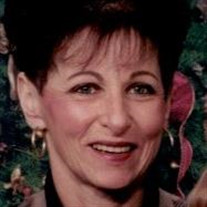 Dateline: Alton, IL Mary Jane Zagar, age 75, died on July 23, 2020 at 7:10 p.m. at her home peacefully with her family at her side. She was born on September 2, 1944 in Alton, IL and graduated from Wood River High School, class of 1962, where she met and later married her high school sweetheart. Jane worked several retail jobs during her lifetime, along with working as a receptionist at Modern Hair Salon for many years and ending her career as a receptionist at JCPenney Hair Salon, where she worked for 28 years. She was preceded in death by her mother Mary Davidson and stepfather Clifford Davidson, father Leonard Sellier and stepmother Norma Sellier, In-laws Frank and Ruby Zagar, brother in law Frank Zagar, and a son in law, Kenneth Heater, along with many other family members and friends. She is survived by her spouse of 57 years, Danny Zagar, a daughter Dana(Aaron) Hazelwood, son Scott (Kim) Zagar, grandchildren Tosha (Dave) Klug, Katelyn and Tyler Hazelwood, great grandchildren Brandon(Maggie) Ludwig, Devin and Ava Klug, and one great great grandchild, Charlotte Ludwig. One sister, Linda (Steve) Schwartz, two brothers, Ron (Rebecca) Davidson, Bob Davidson, and a sister in law Esther Zagar. Her favorite pastimes were tending to her flowers, apple and peach picking at Eckert’s, family get togethers, Sunday walks in Graton, and spoiling her grandchildren, along with having her hair fixed by her special longtime friend, Scott Wade. Per her wishes, she will be cremated, and a celebration of her life will be held at a later date. In lieu of flowers, memorials may be made to BJC Hospice or the Alzheimer’s Association. Special thank you to the nurses and staff at Morningside of Godfrey, Gina at Apollo Home Health, and especially Hannah with BJC Hospice. Additional information and online guest book may be found at www.gentfuneralhome. com

The family of Mary Jane Zagar created this Life Tributes page to make it easy to share your memories.

Send flowers to the Zagar family.