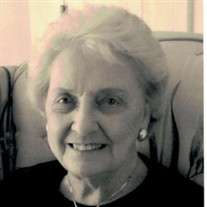 OBITUARY – LYNETTE BRYANT, Chautauqua, IL After a life devoted to family and theater, Lynette Bryant, 86, passed away Tuesday morning, March 24, 2020, from natural causes. Born in Belleville, IL, Lyn graduated from Belleville Township High School in 1951. She then went on to graduate from the University of Northern Colorado in Greely where she was active in theater including writing/producing recruiting shows for the university. She was also honored in “Who’s Who Among Students in American Universities and Colleges.” In 1958, she married Don Bryant (Belleville, IL) and began teaching speech and drama at BTHS. In 1962, they moved to Godfrey where Don went into business as a realtor with Lyn providing creative support to the business. In addition to raising three children, Lyn’s community involvement included being President and member of Godfrey Women’s Club, performing with the Alton Children’s Theater and Alton Little Theater as well as directing productions at Alton High School. In 1978, she founded the Chautauqua Teen Theater Program in Chautauqua, IL, where she continued to inspire teens by introducing them to the art of theater. While Lyn’s love of theater and teaching shaped her life and influenced the lives of many others, she always viewed her relationship to her children--and their relationship to each other--as her greatest accomplishment. This June, she and Don would have celebrated their 62nd wedding anniversary. Lyn is survived by her husband Don Bryant of Chautauqua, IL, daughter Donna (Gary) Wilson, Maryville, IL, daughter Sally Voorhees, Edwardsville, IL, and son Chuck (Jill) Bryant, St. Louis, Mo and grandchildren Katlyn Minard, Los Angeles, CA, Connor Bryant, Arlington, VA, Austin Crick, Edwardsville, IL and Mattilyn Bryant, St. Louis, MO. Lyn was preceded in death by her parents as well as two sisters and a brother. Services will be private.

The family of Lynette Bryant created this Life Tributes page to make it easy to share your memories.


After a life devoted...

Send flowers to the Bryant family.