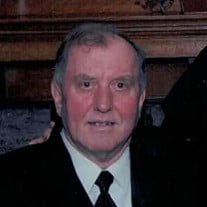 Dateline: Alton Lowell Lee Boswell Jr., of Alton passed away October 29, 2021 at the age of 78. He was born in Hammond, IN on May 24, 1943 and was one of five children of the late Lowell Boswell Sr. and Stella Mae (Aldridge) Boswell. He married Geraldine “Gerry” Powell on November 23, 2002 and she survives. He graduated from Highland High in Highland, IN in 1962 and from Chicago Technical College in 1972 with a degree as an architectural engineer. He followed with courses at Purdue. In between college he served as a Marine in Vietnam for multiple tours of duty from 1965-1969. Lowell started his working career in Chicago at Mid America Engineers in 1971, retiring after 39 years from FMC Blending and Transfer in 2010. Lowell helped propel the mainstream use of AutoCAD at Mid American Engineers which was cutting edge technology at the time. During his working career he worked all over the world with significant time in China and India. His job brought him to Conoco Phillips in Hartford, IL where he met his wife, Gerry. Lowell was a man of boundless energy and determination in everything he did. He loved animals, science, and engineering. He was a volunteer at the National Lakeshore at the Indiana Dunes, and was involved in the creation of the Vietnam Veterans Memorial “Price of Freedom” in Stoney Run Park in Indiana. Lowell helped design and coordinate the building of the Babe Ruth baseball field at Riverside Park in Hammond, IN. Along with his wife, Gerry, he is survived by two sons and their spouses, Scott and Ashley Boswell of La Porte, IN, and Brian and Amber Boswell of Chesterton, IN and four grandchildren, Mackenzie Boswell, Brianna Boswell, Ryland Boswell and Mavis Boswell, numerous nieces and nephews and his former wife, Rebecca Boswell of Chesterton, IN. He was preceded in death by his parents and sisters, Delores Turbin, Marlene Weathers Gwin, Frances Volkman and Pat Thompson. Per his wishes cremation rites will be accorded. There will be no visitation. A celebration of life will be held on November 20, 2021 in Chesterton, IN. Memorials may be made to the 5A’s Animal Shelter in Alton. Gent Funeral Home in Alton is in charge of arrangements. Online guestbook and information may be found at www.gentfuneralhome.com

Dateline: Alton Lowell Lee Boswell Jr., of Alton passed away October 29, 2021 at the age of 78. He was born in Hammond, IN on May 24, 1943 and was one of five children of the late Lowell Boswell Sr. and Stella Mae (Aldridge) Boswell. He married... View Obituary & Service Information

The family of Lowell Lee Boswell Jr. created this Life Tributes page to make it easy to share your memories.

Send flowers to the Boswell family.