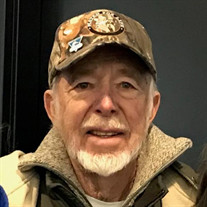 Larry L. Reid died Friday, December 17, 2021 at the age of 82 at his home in Alton, IL. Born October 4, 1939 in Alton, he was the son of Roy and Louise (Wardlow) Reid. He graduated from Bunker Hill High School in 1957 where he was a star athlete. On August 19, 1961 he married the former Karen “Jan” Korilko in Alton. She survives. Also surviving is a son, Todd Reid (Amy) of Houston, TX, a daughter, Amy Turell (Robert) of Littleton, CO, four grandchildren, Samuel Reid, Will Reid (fiancé Emily Hood), Michael Turell, and Jenna Turell, one brother, Tom Reid (Pat) of Marietta, GA, and a sister, Darlene Crawford (Paul) of Baton Rouge, LA, sisters-in-law Judith Jeffery of St. Louis, MO, Linda Korilko and Kathy Grapperhaus of Alton, IL and many nieces and nephews. Larry and Jan were members of First Christian Church in Alton, IL where they married and faithfully attended with their family. Larry was a church leader, teacher and elder. He received his Bachelors Degree and Masters Degree from SIUE and worked on his PHD. Larry worked for the Alton School District from 1961-1993 when he retired. He was a physical education teacher, drivers ed teacher and he coached track, cross country, football, and basketball. Host of “Outdoors with Larry Reid” on WBGZ Radio for 35 years, along with his wife Jan. In 1994 the Outdoors Writers of Illinois named him as Outdoor Broadcaster of the Year. As an author he wrote for numerous outdoor publications. His love for his wife and hunting inspired him to create the “Mated for Life” ring which simulates a goose band. He was a charter member of the Migratory Waterfowl Hunters and volunteered in many organizations. Larry was truly blessed to spend his retirement years fishing and waterfowl hunting all over the continent. His second home was Mark Twain Lake with his fishing partner Jan. He shared his love of the great outdoors with all he met. He never met a stranger. He passed these passions onto his kids and grandkids. When he wasn’t “doing” the outdoors, he was at the baseball field or in a hockey rink cheering on his grandkids. Visitation will be from 4:00-7:00 p.m. Wednesday, December 22, 2021 at Gent Funeral Home in Alton. Funeral services will be at 10:00 a.m. Thursday, December 23, 2021 at the First Christian Church in Alton. Jim Johnston will officiate. Burial will be at Sunset Hills Cemetery in Edwardsville. Memorials may be made to the First Christian Church of Alton, The Wounded Warrior Project or The Audubon Center at Riverlands. Online guestbook and information may be found at www.gentfuneralhome.com.

The family of Larry L. Reid created this Life Tributes page to make it easy to share your memories.

Send flowers to the Reid family.