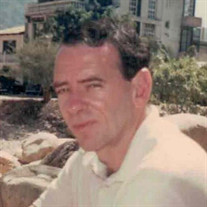 Dateline: Elsah Kenneth L. Deal of Elsah, IL died peacefully on Friday, December 17, 2021. He was preceded in death by his mother and father, George and Ruth Deal. He is survived by his wife, Linda, his sister, Marge Doerr, his sister-in-law, Joyce Whistler, his daughter, Paula (Chuck) Sears, his son, Aaron (Ria) High, four grandchildren, Natalie (Branden) Nehls, Emily (Jacob) Larson, Ellie (Ashton) High, Brennan Cochran and two great grandchildren, Aubrie Ann Pratt and Atlas Todd Larson, nieces and nephews and possibly two more children he may have fathered in Vietnam. By now, if you knew Ken, you realize he wrote his own obituary and it continues as follows: Shoot (word changed by Linda) I knew I’d end up here! What a stupid statement, we all die within seconds when the process takes place whether it’s unexpected or drawn out. I always appeared to be an underachiever and the public school system and family always confirmed I would never amount to anything as I just didn’t care. They were right. However, I did achieve more and make more money than most of my educators. Poor guys (word changed again by Linda. The word he wanted started with a B). Most of my older relatives thought I’d be the child most likely to spend time in a penal institution. Again, they were right. I was incarcerated (drafted) into the military at the invitation of L.B. Johnson in 1967. I was released two years later with an honorable discharge and it should be noted to my credit that despite spending time in Mexico, Europe and Vietnam and partaking in all sorts of carnal pleasures I never contracted venereal disease. I retired from the Federal Government at the age of 55. I lived a life of aggressive mediocrity and enjoyed every second of it. I achieved most goals I set in life as I set the bar so low I usually tripped over it. It should also be noted that I was always proud of those who were very successful in life but in the end we all die. Thank you for your time and attention. Oops is that a silly grin on my face or rigor mortis? Gent Funeral Home in Alton is in charge of arrangements. Online guestbook and information may be found at www.gentfuneralhome.com

Dateline: Elsah Kenneth L. Deal of Elsah, IL died peacefully on Friday, December 17, 2021. He was preceded in death by his mother and father, George and Ruth Deal. He is survived by his wife, Linda, his sister, Marge Doerr, his sister-in-law,... View Obituary & Service Information

The family of Kenneth Lee Deal created this Life Tributes page to make it easy to share your memories.

Send flowers to the Deal family.