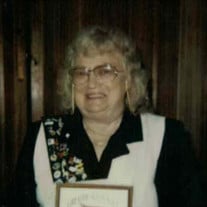 Dateline: Godfrey Jo Ann Trask, 87, died Thursday night, October 28, 2021 at Alton Memorial Hospital as a result of Covid-19. She was born April 2, 1934 in Cotulla, TX to the late William and Cammie (Lamar) Rock. She married Jesse Trask on December 24, 1949. He preceded her in death in 2014. Jo Ann worked approximately 10 years at Owens Illinois, leaving to become a homemaker. She began bowling in the late 1950’s which soon became her passion. She bowled on six different weekly leagues for many years. She served as Director, Sergeant-At-Arms, and Publicity Chairman for the Greater Alton Women’s Bowling Association. She was later inducted in to the GAWBA Local Hall of Fame for meritorious service. She also enjoyed spending time with her horses, dogs and cats. She is survived by a sister, Carol Kaplan (Chuck) and niece Teri Dunlap of Sinton, TX, a brother, Thomas Rock (Barb) of Godfrey, nephews, Ron Kaplan (Laura) of Spicewood, TX, Barry Rock (Trina) of Ozark, MO, and Darin Rock of Centralia, IL, seven great and six great great nieces and nephews. Her husband’s nieces, Ruth Ann Williams and Linda Drainer and nephews, Bill, Ernie, Stuart and Don Trask and Sonny, James, Tony, John and Keith Renken and their respective families. In addition to her parents and husband, she was preceded in death by a stepfather, Leroy Snow. According to her wishes, cremation rites were accorded and burial was at Valhalla Memorial Park in Godfrey. There will be no visitation or funeral service. A family celebration of life will be held at a later date. The family wishes to thank Asbury Village for her care up to the time of her illness, especially, Brandy. Memorials may be made to the 5A’s Animal Shelter. Gent Funeral Home in Alton is in charge of arrangements. Online guestbook and information may be found at www.gentfuneralhome.com

The family of Jo Ann Trask created this Life Tributes page to make it easy to share your memories.

Send flowers to the Trask family.