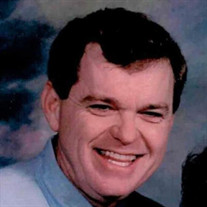 Dateline: Godfrey, IL James (Jim) Bradley Voils, 74, died at 11:00 a.m. on Thursday, April 28, 2022, at Alton Memorial Hospital. He was born July 20, 1947, in Hillsboro, IL, the son of the late Walter and Lola Mae (McFarlin) Voils. He was a member of SS Peter & Paul Church and a member of the United Brotherhood of Carpenters and Joiners of America Local 377. On October 30, 1970, in Godfrey, he married Georgia Hornsey and she survives. Also surviving are three daughters, Bonnie Finger (Richard) of Alton, Olivia Voils of Berlin, Germany, Cindy Clark (Jon) of Godfrey, five grandchildren, Hazel Denother, Eden Finger, Ginger Finger, Eliza Clark, and Stuart Clark, and one brother, David Voils. Besides his parents he was preceded in death by one sister, Barbara Ann Reynolds. Jim’s first job was at Jerry’s Brake Service on Airline Drive in Rosewood Heights, where he swept the floors, took out the trash, ran for parts, and washed bearings. He had many jobs over the years including working many years in the insurance industry, but his favorite job was working for IDOT as a temp and a snowbird. Jim identified as a jack-of-all-trades, an adept garage organizer, a proficient mower-of-lawns, a master of knowing the prices of everything, and an expert of engines and cars. A snack connoisseur, he especially enjoyed Vividly Vanilla Ice Cream and jelly bread. He was friendly, energetic, and outgoing; he could strike up a conversation with anyone he encountered. Jim loved chewing gum and showed his affection through frequent offerings of gum to the people he cared about. He made sure that the pockets of his grandchildren, who affectionately call him “Opa,” were always overflowing with gum. Jim was an avid photographer, and he leaves behind thousands of photos of family and friends. He enjoyed looking back at the many photographs he had taken and reminiscing with others about old times. Visitation will be from 1:00 p.m. – 4:00 p.m. on Sunday, May 1, 2022, at Gent Funeral Home in Alton. A mass of Christian burial will be at 11:00 a.m. on Monday, May 2, 2022, at SS Peter & Paul Catholic Church in Alton. Father Jeff Holtman will officiate. Burial will be at St. Patrick’s Cemetery in Godfrey. Memorials may be made to SS Peter & Paul Catholic Church. Additional information and online guest book may be found at www.gentfuneralhome.com.

The family of James "Jim" Bradley Voils created this Life Tributes page to make it easy to share your memories.

Send flowers to the Voils family.