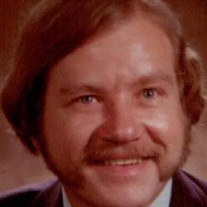 Dateline: Dow, IL Herbert “Herb” Ray, 86, died at 8:43 a.m. on Sunday, December 12, 2021 at Jerseyville Manor. He was born March 3, 1935 in Edwardsville, IL the son of the late Harry and Hattie (Suggs) Ray. Herb was a mold repairer for many years at Owens, IL and a mechanic at Lockhaven County Club in Godfrey. He was a member of the NRA and former Union President of American Flint Glass Workers Local 123. On May 2, 1975 in Alton, he married Margaret Shewmake and she survives. Also surviving are three grandchildren, Paul Harris of Brighton, IL, M. Scott Ray Mifflin of Belle Chasse, LA., Harmony Harris of Carrollton, IL, four great grandchildren, Dakota Harris, Bella Harris, Shieann Harris and Austin Mifflin, one son in law, Jerry Scifres of Dow, IL, one stepson, Bradley Shewmake of Hawaii, one sister, Marie Amison of Dow, IL. and numerous nieces and nephews. He was preceded in death by one daughter, Jodie Lynn Scifres, two brothers, Edgar Ray, Richard Ray, Sr. and one sister, Margie Fredenberg. Visitation will be from 10:00 a.m. until time of funeral service at 12:00 p.m. noon on Monday December 20, 2021 at Gent Funeral Home in Alton. Reverend Johnny Wooten will officiate. Burial will be at Valhalla Memorial Park in Godfrey. Memorials may be made to the 5A’s animal shelter. Additional information and online guest book may be found at www.gentfuneralhome.com

The family of Herbert "Herb" Ray created this Life Tributes page to make it easy to share your memories.

Send flowers to the Ray family.