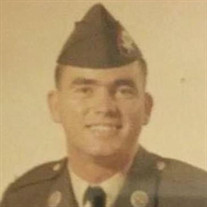 Dateline: Alton Henry Lee Hellrung, 72, passed away suddenly and unexpectedly at 8:32 a.m. Wednesday, March 2, 2022 at Barnes-Jewish Hospital in St. Louis, MO. Born January 7, 1950 in Alton, he was the son of the late Henry Ralph and Viola Pearl (Whiteside) Hellrung. He attended St. Mathews Grade School, Marquette High School, and Alton High School graduating in 1968. Henry served with distinction in the U.S. Army as a Sergeant E5, during the Vietnam War earning a Purple Heart and two Bronze Stars, one with the V-device for valor and saving lives. He received as associate degree from Lewis & Clark Community College and a Bachelor of Science from SIUE. Henry held 22 different positions with Owens Illinois Glass in a 32-year career. His work in International Sales and Development had him traveling all over the world with an emphasis on Western Europe and South Africa. After retirement Henry held a consulting position in manufacturing at Cope Plastics Inc. He enjoyed his work there very much in this family owned and run business. Henry was a loving a devoted husband to Therese “Teri” Welle, married in 1972 and she survives. They had just celebrated their 50th wedding anniversary on February 27, 2022. They shared two daughters, Erin Leigh (Hellrung) Eddy and her husband Scott, and Kristen Marie (Hellrung) Saenz and her husband Brian. He had four grandchildren, Carly Irene Mae Keshner, Madelyn Marie Saenz, Ethan Goodwin Lee Eddy and Kathryn Ann Saenz who were all the light of his life. In his spare time, he loved raising tropical fish, gardening, and tending to the family horses which the grandkids loved showing and exhibiting. He devoted his time to making his children and grandchildren’s dreams come true. His loss is immeasurable and will be forever missed by his loving family. A private celebration of life service will be held at a later date. Memorials may be made to the Wounded Warrior Project or the 5A’s Animal Shelter. Gent Funeral Home in Alton is in charge of arrangements. Online guestbook and information may be found at www.gentfuneralhome.com

Dateline: Alton Henry Lee Hellrung, 72, passed away suddenly and unexpectedly at 8:32 a.m. Wednesday, March 2, 2022 at Barnes-Jewish Hospital in St. Louis, MO. Born January 7, 1950 in Alton, he was the son of the late Henry Ralph and Viola... View Obituary & Service Information

The family of Henry Lee Hellrung created this Life Tributes page to make it easy to share your memories.

Send flowers to the Hellrung family.