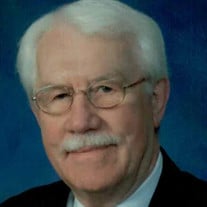 Dateline: Godfrey Frank Lee McAtee, 89, died at 9:14 a.m. Thursday, March 18, 2021 at his home in Godfrey with family by his side. Born August 28, 1931 in Pope County, IL, he was the son of Frank L. and Beatrice (Bohannan) McAtee. Mr. McAtee served as staff sergeant with the US Marine Corp as a Korean War Veteran. During his career Frank worked as an insurance agent, real estate appraiser and hotel owner. In 2019 he retired as a real estate appraiser. He was the past National President of National Association of Independent Fee Appraisers (NAIFA). On March 17, 1983 he married the former Karen Jo Schenk in Santa Rosa, CA. She survives. Also surviving are three daughters, Cheryl Hager (Garry) of Galesburg, IL, Beth Kern (Rick) of Medora, and Tammy Reese (Tim) of Godfrey, two sons, Tim Bechel (Heather) of Godfrey, and Terry Bechel of Wright City, 16 grandchildren, Andrew “AJ”, Nikolus “Nik”, Todd, Jason, Jake, Michael, Chris, Wyatt, Lucas, Cooper, Audrey, Trisha, Sarah, Rachel, Terra, and Taylor, and 11 great grandchildren. Along with his parents, Frank and Beatrice, he was preceded in death by a son, William McAtee and a brother, Bill McAtee. Visitation will be from 4:00 -6:00 p.m. followed by a private, family only, memorial service on Friday, March 26, 2021 at The River Church on Fosterburg Road in Alton. Pastor Don Long will officiate. Memorials may be made to SS Peter & Paul Catholic Church in Alton, OSF Hospice, or the Godfrey First United Methodist Church. Gent Funeral Home in Alton is in charge of arrangements. Online guestbook and information may be found at www.gentfuneralhome.com

The family of Frank Lee McAtee created this Life Tributes page to make it easy to share your memories.

Send flowers to the McAtee family.