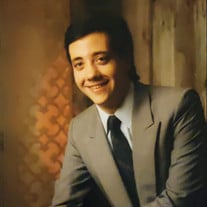 Douglas (Doug) Anthony Cornell was born at Resurrection Hospital in Chicago, Illinois on November 22, 1962 and returned to the arms of Jesus on May 16, 2021 at 1:42 A.M. at Halifax Medical Center in Daytona Beach, Florida. He was preceded in death by his grandparents, Hugh Monet and Helen Amanda (Kopelke) Cornell and Anton Mathias and Claire Marie (Bound) Baer. He is survived by his parents, Dr. Edward Hugh Cornell and Antoinette Claire (Baer) Cornell, as well as his five siblings Mark Edward Cornell, Catherine Antoinette (John) French, Paul Stephen (Raina) Cornell, Elizabeth Cornell (Eduardo) Segovia, and Scott Geoffrey (Amy) Cornell, his eight nieces and nephews (Meghan, Augustus, Amanda, Audrey, Nicholas, Caleigh, Lauren and Andrea), his great niece (Olivia) and his little Corgi mix, Max. Doug played clarinet and saxophone while he attended Alton Senior High School, graduating in 1980. He then graduated from Florida Institute of Technology in Melbourne, Florida with a degree in Molecular Biology in 1984. He worked for Sigma Aldrich and Monsanto in St. Louis, Missouri and Canji and Schering-Plough in San Diego, California. One of his proudest accomplishments as a research scientist was contributing research to the development of an anti-cancer virus. Doug loved fish, plants and all manner of insects. He always kept saltwater and freshwater fish tanks, with a variety of fish, snails, and anemone. He fell in love with Florida when he went to college and enjoyed driving his 1975 Datsun 280z near the beach and would surf as often as he could. He loved fast cars, owning a red Porsche 944, Toyota MR2 Spyder, and Mazda Miata as well. He returned to Florida, living most recently in Daytona Beach where he’d walk his little dog Max every day at the beach. He was always up for a good time, liked to dress sharp and go to clubs where he knew all the regulars. His unique sense of humor made us laugh out loud and will be sorely missed. A funeral mass will be held at St. Mary’s Catholic Church in Alton, Illinois on Friday, June 4, 2021 at 10:00 a.m., followed by a private burial at St. Patrick’s Cemetery. The funeral can be viewed online via the St. Mary's Catholic Church Facebook page. Donations can be made to St. Mary’s Catholic School in Alton, Illinois or the 5A’s Humane Society in Godfrey, Illinois. Masses may be offered at St. Mary’s Catholic Church. Gent Funeral Home in Alton is in charge of arrangements. Online guestbook may be found at www.gentfuneralhome.com

Douglas (Doug) Anthony Cornell was born at Resurrection Hospital in Chicago, Illinois on November 22, 1962 and returned to the arms of Jesus on May 16, 2021 at 1:42 A.M. at Halifax Medical Center in Daytona Beach, Florida. He was preceded in... View Obituary & Service Information

The family of Douglas "Doug" Anthony Cornell created this Life Tributes page to make it easy to share your memories.

Send flowers to the Cornell family.