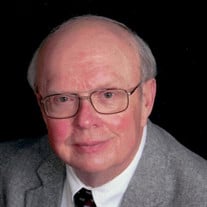 Dateline: Godfrey David Lynn Delawder, 73, passed away September 8, 2020 at Alton Memorial Rehabilitation and Therapy. David was born in Galesburg, IL on August 3, 1947, the son of John and Rosaleen Delawder. He is survived by a sister, Ann Larson of her husband Rick; a sister-in-law Linda Delawder, and nephews Scott and Eric Delawder. He is also survived by his longtime companion, Rita Cooke; her son, Scott and grandchildren, Michael and Madeline. In addition, Dave leaves behind a dear friend, Joe Hook. David was preceded in death by his parents and older brother, John Delawder III. After graduating from Knox College in Galesburg, David was hired by the Alton School District. He spent his entire teaching career at East Middle School. David found joy in teaching, injecting humor into his life science lessons. He was always happy to help students and give them encouragement. David received numerous awards throughout his teaching career including being honored as 2001 Silver Medallion Teacher of the Year, being inducted into the Alton High School Hall of Fame, The Alton High School Athletic Hall of Fame, and the Illinois Basketball Coaches Association Hall of Fame. Sports were an important part of David’s life. He was an avid fan of the St. Louis Cardinals and the Chicago Bulls. Dave hosted eight basketball players while they attended Lewis & Clark Community College and has maintained a special friendship with Fernando Coloneze, Leo Gomes, and Daniel Sorares of Brazil. Keeping stats for high school sports was something Dave truly enjoyed. He kept Alton High football stats for a few years, but his favorite was keeping basketball stats. David volunteered time to keep basketball stats for both Alton High and Alton Marquette. Because of COVID there will be no visitation. David will be laid to rest in a graveside ceremony in Abingdon, IL, next to his parents. A celebration of Dave’s life will be held at a later date for friends and family to gather together, share stories, and remember the wonderful man we were privileged to know. The family would like to thank the staff at Alton Memorial Rehabilitation and Therapy for the care given Dave these last three years. Memorials in Dave’s honor may be made to the Alzheimer’s Association, the 5A’s Humane Society, or the TreeHouse Wildlife Center. Gent Funeral Home in Alton is in charge of arrangements. Online guestbook and information may be found at www.gentfuneralhome.com

Dateline: Godfrey David Lynn Delawder, 73, passed away September 8, 2020 at Alton Memorial Rehabilitation and Therapy. David was born in Galesburg, IL on August 3, 1947, the son of John and Rosaleen Delawder. He is survived by a sister,... View Obituary & Service Information

The family of David Lynn Delawder created this Life Tributes page to make it easy to share your memories.

Send flowers to the Delawder family.