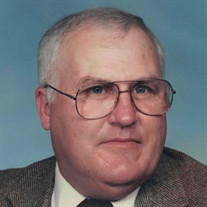 David Allen Crabtree, 77, died peacefully at 11:13 a.m. Tuesday, December 28, 2021 at Barnes-Jewish Hospital in St. Louis, MO. He was born in Centralia, IL on April 18, 1944 to the late Russell Lawrence Crabtree and Tava Luella (Atchison) Crabtree. David graduated from Centralia Township High School in Centralia, Centralia Township Jr. College, and SIUE with a degree in Special Education. He was married to Linda (Binnion) Crabtree on June 6, 1970 at Main Street United Methodist Church in Alton. He was employed at Alton Mental Health Center for 35 years as an activity therapist. David was in the National Guard from 1966-1971. He received a Certification of Commendation and Ceremony from the National Society of the Revolution in recognition of exemplary patriotism by the George Rogers Clark Chapter by displaying his flag of the United States of American. He is survived by his wife, Linda, daughter, Christie Crabtree, sister, Resa Samuels of Arlington Heights, IL, cousins, Lora Timmons and Jerry Atchison of Centralia, Bobby Atchison of Georgia, Sue Diesen of Florida, Barbara Miller of Carbondale, Travis and wife Angela Pierce of Herrin, IL, sister-in-law, Connie Crabtree of Rosewood Heights, nephews, Christopher Crabtree of Rosewood Heights, Andrew and wife Emily Crabtree of Chicago, sister-in-law, Joan Binnion of Georgia, nephew, Rodney Binnion and wife Trisha of Georgia, and nephew, Todd Binnion and his wife Christy and family of Georgia, a sister-in-law, Patricia Andereck of Pekin, IL and nephew Larry Andereck and family. Also surviving is a special friend, John Ott of Nevada, friends and neighbors. He was preceded in death by his parents, brother, Russell Aldon Crabtree, and brother-in-law, Gary Binnion, and his canine walking buddy, Jack, who preceded him recently. Visitation will be from 4:00 p.m. until time of funeral service at 7:00 p.m. Tuesday, January 4, 2022 at Gent Funeral Home in Alton. Pastor Alberto Ramirez will officiate. Graveside services will be at 11:00 a.m. Wednesday, January 5, 2022 at Hillcrest Cemetery in Centralia officiated by Pastor Tim Pate. Memorials may be made to the Gary Sinise Foundation or the 5A’s Animal Shelter. Online guestbook and information may be found at www.gentfuneralhome.com

The family of David Allen Crabtree created this Life Tributes page to make it easy to share your memories.

Send flowers to the Crabtree family.