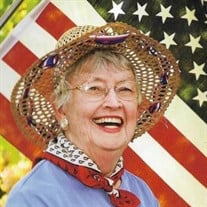 Dateline: Glen Carbon Christine Ramsey Turpin Bramstedt, 94, formerly of Alton, died at 6:29 a.m. Sunday, April 10, 2022 at Meridian Village in Glen Carbon. Her husband of 64 years, Karl Dietrich Bramstedt, preceded her in death. Christine was born in Monticello, KY, the daughter of Leon and Gladys (Ramsey) Turpin. She is survived by sons, Mark (Marti) Bramstedt, Yorkville, IL and Timothy (Angela) Bramstedt of Glen Carbon, IL. Surviving also are grandsons: Nathan (Carol) Bramstedt, of Oswego, IL; Matthew (Sarah) Bramstedt of Wilmington, NC: Samuel, George, and Frederick Bramstedt, Glen Carbon, IL. Great-grandchildren: Paul, Ruth, and Lydia Bramstedt, Oswego, IL and Adelyn and Norah Bramstedt, Wilmington, NC. She is also survived by a sister, Mary Turpin, Silver Springs, FL, and a brother, Jerry Turpin, Eldorado, IL. Along with her parents and husband, she was preceded in death by a son in 1973, Steven Karl Bramstedt, and brothers, Robert Turpin and Frank Owen Turpin, and a sister, Joann Turpin Stroud. Christine was a born-again Christian and was an active member of her church, Heartland Baptist Church (formerly Alton First Southern Baptist Church). She taught Sunday School, Vacation Bible School, and was a member of Women on Missions. She was a graduate of SIU Carbondale, graduating when the campus was at Alton. She retired from Alton Schools and had taught school for over twenty-five years, mostly in the Alton area. Christine was interested in history and was an early participant and honorary member of The Lewis & Clark Society of America, which helped establish the Lewis and Clark Museum and Visitor’s Center at Hartford, IL. She enjoyed genealogy and had researched the family history through membership in the Daughters of the American Revolution. Visitation will be from 10:00 a.m. until time of funeral service at 11:00 a.m. Wednesday, April 13, 2022 at Gent Funeral Home in Alton. Reverend Alex Melton will officiate. Burial will be at Rose Lawn Memory Gardens in Bethalto. Memorials may be made to Heartland Baptist Church or VITAS Hospice. Online guestbook and information may be found at www.gentfuneralhome.com

The family of Christine Turpin Bramstedt created this Life Tributes page to make it easy to share your memories.

Send flowers to the Bramstedt family.