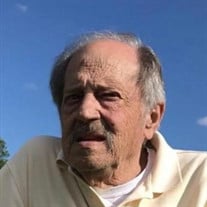 Dateline: Godfrey, IL Charles Delano Nasello, 81, passed away surrounded by his beloved family at 4:05 p.m. on Tuesday, October 27, 2020 at Barnes Jewish Hospital in St. Louis. He was born January 31, 1939 at his family’s home in Alton. He is the son of the late Gaetano and Rita (Finn) Nasello. He served in the U.S. Army and was a member of St. Mary’s Catholic Church in Alton. Charley attended St. Mary’s school and Alton High School class of 1957. He worked at Owens Illinois glass for 20 years and then became a used car sales manager at Grimly Chevrolet, eventually retiring from Alton Toyota. He was a member of Knights of Columbus, and a proud member of the Alton Optimist Club. He served as president of the Optimist Club for several years where he established 7, one thousand-dollar scholarships for both Alton High and Marquette students. Charlie started the Alton area soccer program in 1971 which has left known as the founding father of soccer for the Alton area. Charlie continued to work for the Alton Park and Rec department, where he worked diligently as its supervisor and director of referees. He coached many teams but was very proud of the team that won the FIFA Myguire Cup. Out of these players six of them went on to play college soccer, two have acquired a PHD, one is a professor at UCLA, one is a lawyer, and one is the resident program director of University of Nebraska. His proudest moments were watching his kids and grandkids play sports, Greg (Oakland University), Tim(Sangamon State), Nikki (National Gymnastics title), CJ (Lewis and Clark), Alaina (Quincy University), Lacy (University of Tampa), Holly (Pointe University), Sydney (U20 US National Team), Lexy (Land o Lakes HS), Kinsley and Jett playing for the city’s park and rec program. Charley loved the city of Alton and worked extensively on bettering the community. On October 27, 1963 he married Caroline Stilwell. Monday, they celebrated 57 years of marriage. In addition to his wife surviving are two sons, Greg ( Robin) Nasello of Godfrey, Tim (Felicia) of Tampa, FL and one daughter, Nicole Nasello (Aaron Scott) of Alton, nine grandchildren, Jon, Holly, Lacy, CJ, Sydny, Alaina, Lexy, Kinsley, Jett, four great grandchildren, Channing, Avery, Ellie and Thomas, one sister in law, Millie Nasello and one brother in law, Richard Franke (Zale) of Oklahoma. He was preceded in death by three brother, Tony (Florene), Joseph (Mary), Peter (Mary) and Carl and his in-laws, Otto and Cathrine Stilwell, and two brother in laws, Ronnie and Bobby Stilwell and two sister in laws, Trudy and Cathline Stilwell and brother in law, Jim Stilwell. Visitation will be from 4:00p.m. to 8:00 p.m. on Friday, October 30, 2020 at Gent Funeral Home in Alton. A private mass of Christian burial will be Saturday, October 31, 2020 at St. Mary’s Catholic Church in Alton. Burial will be at St. Joseph’s Cemetery in Alton. Father Paul Nguyen, OMV will officiate. In lieu of flowers memorials may be made to the Alton Park and Rec Soccer program or St. Jude Children’s Research Hospital. The family would like to thank his BJC Hospice nurse, Mimi for her dedication.

The family of Charles Delano Nasello created this Life Tributes page to make it easy to share your memories.

Send flowers to the Nasello family.