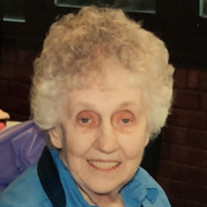 Dateline: Alton Beulah Louise Davis, 85, died at 9:20 a.m. Thursday, April 28, 2022 at Alton Memorial Hospital. Born September 12, 1936 in Alton, she was the daughter of Elmer L. and Vera F. (Oseland) Middleton. Mrs. Davis was a homemaker and attended church at The Salvation Army in Alton. On March 30, 1963 she married Paul C. Davis in Alton. He preceded her in death on January 24, 2005. Surviving is a daughter, Paula A. Cooley (Doug) of Carrollton, a son, Brian K. Davis (Lesa) of Chicago, a step-son, Rodney Davis of Arkansas, five grandchildren, Abby, Tyler and Skye Cooley, Emma and Josiah Davis, and a sister, Patricia A. Davis of Wood River. Along with her parents and husband, she was preceded in death by two brothers, Elmer Lee and Robert E. Middleton, and a sister, Della Heaton. Visitation will be from 2:00 p.m. until time of memorial service at 4:00 p.m. Monday, May 2, 2022 at Gent Funeral Home in Alton. Captain Cassy Grey will officiate. Burial will be private at Woodburn Cemetery. Memorials may be made to The Salvation Army. Online guestbook and information may be found at www.gentfuneralhome.com

The family of Beulah Louise Davis created this Life Tributes page to make it easy to share your memories.

Send flowers to the Davis family.