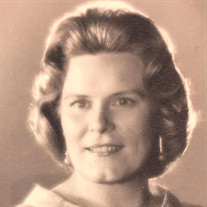 Dateline: Godfrey Anita Catherine Wenzel, 97, died at 1:18 a.m. Sunday, November 28, 2021 in Alton. Born January 15, 1924 in Alton, she was the daughter of Joseph William and Mary H. (Wardein) Schulz. Mrs. Wenzel was a executive secretary for the Department of Defense during WWII and was the co-owner and operator of Wenzel Photography along side her husband. She was the first female photographer in the Alton area. Anita was a great Bridge player and a two-time Illinois State Senior Spelling Bee champion. On July 25, 1944 she married Harold Wenzel in Alton. He preceded her in death on December 15, 2002. Surviving are two children, Mike Wenzel (Lisa) of Seattle, WA and Gayle Huebener (Bill) of Brighton, a daughter-in-law, Carolyn Wenzel of Crystal City, MO, six grandchildren, Anna Luchi (Jim) of Upland, CA, Jeanette Stein (Torsten “Tom”) of Snowhomish, WA, Dan Wenzel of St. Louis, Matt Wenzel (Ashley) of Kirkwood, MO, Mary Kate Kinder (Ryan) of Brighton, and Joe Huebener of Brighton, 10 great grandchildren and a sister, Joan Weinzirl (William) of Missouri. Besides her parents and husband, she was preceded in death by a daughter, Connie Smith and a son, Ron Wenzel, six brothers and four sisters. Visitation will be from 10:00 a.m. until time of memorial Mass at 11:00 a.m. Saturday, December 11, 2021 at St. Alphonsus Catholic Church in Brighton. Memorials may be made to St. Alphonsus Catholic Church. Gent Funeral Home in Alton is in charge of arrangements. Online guestbook and information may be found at www.gentfuneralhome.com

The family of Anita Catherine Wenzel created this Life Tributes page to make it easy to share your memories.

Send flowers to the Wenzel family.